“Follow the road less taken…
and it will make all the difference.”

The soil is still a reminder of the ancient beaches, but is now covered with a rich forest of mixed hardwoods and majestic pine. The high sand ridges of the Sandilands area, known as Bedford Hills and Cypress Mountains, are the second highest point of elevation in Manitoba. Sandilands Provincial Forest spans nearly 3,000 square kilometers which includes trails to be hiked, driven through on ATV, or ridden over on horseback. Archaeological digs resulted in the discovery of scrappers, small waste flakes, and gray chert.

Famous for its grand blueberry crops, the wild fruit were featured at the Historical Piney Blueberry Festival. Come and pick your own or roam the area and discover the other mysteries in the Cat Hills. While the gently rolling hills provide some of the best wild fruit in S.E. Manitoba, these same hills are an excellent winter playground, with lots of great riding trails.

The Wampum Provincial Forest is the 2nd Ecological Reserve to be established in the province. It contains outstanding stands of Red Pine, which is unique in its natural state to Manitoba. Red Pine can be distinguished from others by their tall, slender growth, and long, straight needles which occur in pairs. All activities relating to resource harvesting and management, with the exception of the harvesting of cones for seed are prohibited. No motorized vehicles allowed.

In 1908 John Stephenson paid $500.00 to Great Northern Railway for the creation of a spur off the main railway track. This spur was built to establish a logging operation in the Sundown Bog south of Spur Woods. It contains over 130 species of plants, 27 mammals and 29 different bird species and was established to protect the old growth red pine and eastern white cedar stands. It is within the major breeding and migration corridor for northern forest owns including, the Great Gray Owl, Northern Saw- When and boreal owls.

Text from the Heritage plaque located at Spur Woods:
“The Spur Woods is preserved as one of the last old growth forest stands in southeastern Manitoba. It is dedicated to the pioneers of the past, the people of the present, and the children of the future.

Lakeside camping, picnics and play areas make Moose Lake a great place to spend a family weekend. Wander the long beach, fish for your supper, or take a trip to the well-known Lake of the Woods. Found at the southeast corner of the province, bordering both Ontario and Minnesota, the park also protects a provincially rare stand of white pine. After a day of swimming, hiking and volleyball, relax at the campground.
Leaving Winnipeg, travel south on HWY 12, for 120 km/74.6 mi., then turn left onto PR 308 for 40 km/24.9 mi. 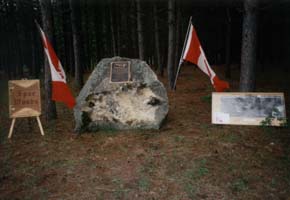 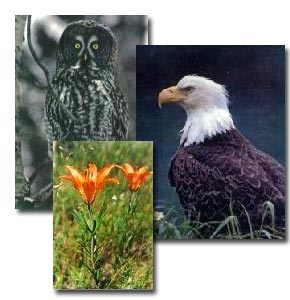 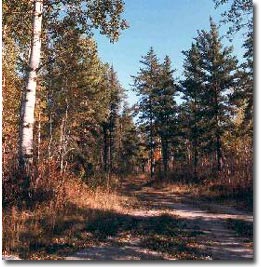 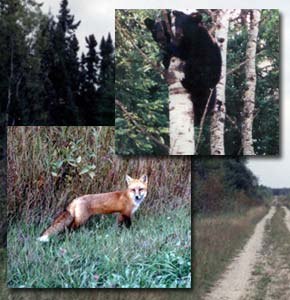 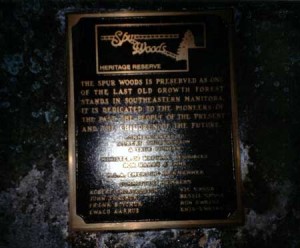 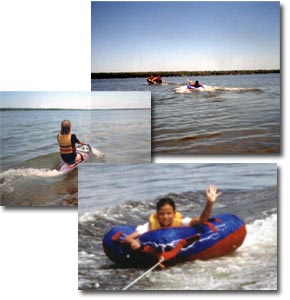